Conversation with a Fraudster: Ryan Homa

In this webinar, John Gill, J.D., CFE, ACFE’s Vice President of Education, held a conversation with Ryan Homa, a man who served 22 months in a federal prison on charges of bank fraud. Homa was working for a $60 million-a-year company when he opened a business account under a fictitious company’s name and wrote checks to this fictitious company. Over the course of 3 ½ years he embezzled more than $1 million from his employer. You will learn what he was thinking when he took the first dollar, how he concealed it, how he was caught and what lessons he learned.

You Will Learn How To:

Recognize how behavioral analysis assists in fraud prevention and detection 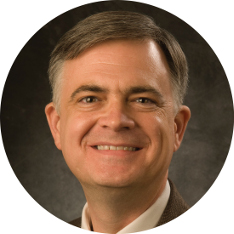 Please note: To be eligible for CPE credit, you must complete the final exam within one year of purchase date. You may only claim CPE credit for a course once.

Learn More about online self-study courses and their features

The Association of Certified Fraud Examiners, Inc. is registered with the National Association of State Boards of Accountancy (NASBA) as a sponsor of continuing professional education on the National Registry of CPE Sponsors. State boards of accountancy have final authority on the acceptance of individual courses for CPE credit. Complaints regarding registered sponsors may be submitted to the National Registry of CPE Sponsors through its website: www.nasbaregistry.org/.