By registering for this event, I grant the ACFE or anyone authorized by the ACFE, the right to use or publish in print or electronic format, any photographs or video containing my image or likeness for any promotional purpose, without compensation.

No portion of any ACFE seminar or conference may be photographed, recorded or publicly displayed without the express permission of ACFE.

Many fraudsters describe their crimes as an addiction — they know they shouldn’t keep stealing, but they  can’t stop. After an addiction to prescription opioids and serving almost 14 months in Federal prison for a white-collar crime, Jeff Grant started a ministry to help white-collar criminals re-enter society and avoid making the same mistakes that landed them in prison.

In this webinar, ACFE Chief Training Officer, John Gill, will talk to Grant about the circumstances of his own crimes and how this helps him understand the mindset of the fraudsters he counsels.

*The ACFE does not compensate convicted fraudsters.

You Will Learn How To:

Recognize how behavioral analysis assists in fraud prevention and detection

Credit by Field of Study 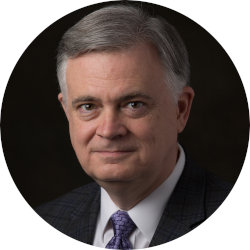 Prior to working for the ACFE, Mr. Gill was an attorney in the Austin, Texas office of the law firm of Bragg, Smithers and Curry, where he was involved with civil fraud, insurance, and deceptive trade practices cases. He was the editor of the DTPA Forms and Practice Guide, written by David Bragg and Michael Curry.

In 1995, Mr. Gill joined the ACFE and served as both its general counsel and the manager of the Research Department for nine years. When the Research Department expanded in 2003, he took on the role of Research Director where he either created, or assisted in the creation of, dozens of educational products. In 2009, he was promoted to Vice President – Education, and in 2022, he was promoted to Chief Training Officer. In this role he oversees all ACFE training activities whether through a public event, a self-study course, an exam review course, or a private group training. He works with the ACFE’s talented Events, Research, and Training departments to provide the best anti-fraud education available anywhere.

He serves on the faculty of the ACFE and is a co-instructor of the CFE Exam Review class. He is a co-author of The Fraud Examiners Manual. He is the publisher of and a contributing author to Fraud Magazine.

Mr. Gill is a member of the Association of Certified Fraud Examiners, the Austin Chapter of ACFE, Phi Beta Kappa, and the State Bar of Texas. 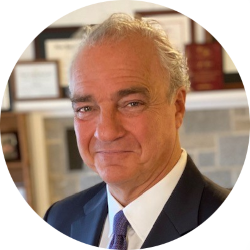 For more than 20 years, Jeff served as managing attorney of a law firm headquartered first in New York City and then Westchester County, New York. The firm’s practice areas included representing family-owned and closely -held businesses and their owners, business and real estate transactions, trusts and estates, and litigation.

After becoming addicted to prescription opioids and serving almost 14 months in Federal prison for a white-collar crime he committed in 2001, Jeff started his own reentry into society. He earned a Master of Divinity from Union Theological Seminary in the City of New York, majoring in Social Ethics. After graduating, Jeff was called to serve at an inner-city church in Bridgeport, CT, as associate minister and director of prison ministries. He then co-founded Progressive Prison Ministries, Inc. in Greenwich, CT, the world’s first ministry devoted to serving people prosecuted for white-collar crimes and their families. In May 2021, Jeff’s law license was reinstated by the New York Supreme Court. In August 2022, Jeff celebrated 20 years of continuous sobriety.

ACFE events are unmatched in scope and effectiveness and backed by our unconditional satisfaction guarantee. If you attend an ACFE event and are not completely satisfied, please contact an ACFE Member Services Representative at MemberServices@ACFE.com or call (800) 245-3321 / +1 (512) 478-9000.

The Association of Certified Fraud Examiners, Inc. is registered with the National Association of State Boards of Accountancy (NASBA) as a sponsor of continuing professional education on the National Registry of CPE Sponsors. State boards of accountancy have final authority on the acceptance of individual courses for CPE credit. Complaints regarding registered sponsors may be submitted to the National Registry of CPE Sponsors through its website: www.nasbaregistry.org.